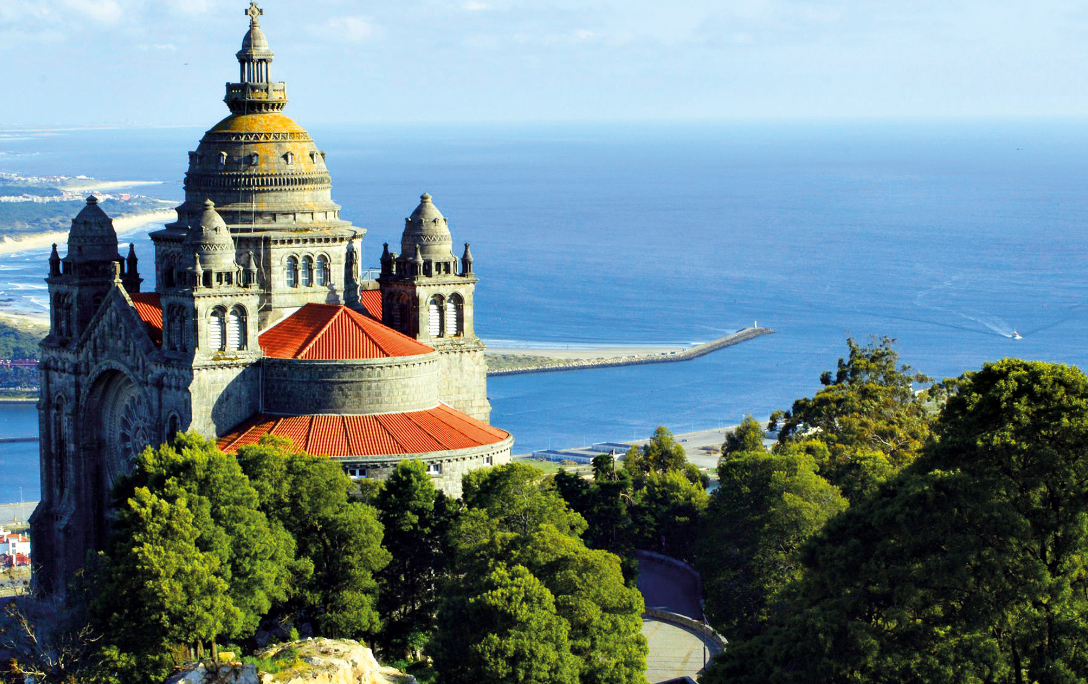 Viana do Castelo : A fascinating destination

#Cities and Islands#Viana do Castelo

Viana do Castelo is a fascinating destination, which exemplifies the finest aspects of the Costa Verde and Minho regions. There are dramatic coastlines, beautiful natural scenery, and a city rich in history and Portuguese charm. Viana do Castelo is primarily an industrial city, being a major centre for shipbuilding, but it is also a personable and likeable destination, which has a surprising amount of sights and activities to offer visitors.

In the old town, especially at Praça da República, there’s 16th-century Manueline and Renaissance architecture to win your heart.

Behind the city looms the Monte de Santa Luiza, which can be reached by the longest funicular railway in Portugal.

At the top is a majestic basilica, as well as an Iron Age “castro” and panoramas to die for.

Beachgoers have all they could wish for at Praia de Cabedelo, a gigantic, untouched bay with golden sands, traced by dunes and washed by rolling waves.

Within the compact historic centre are extravagant religious buildings, delightful café-lined plazas and narrow shopping streets, which open out on to the banks the Rio Lima.

The city’s skyline is dominated by the Santuário de Santa Luzia, which is truly a mesmerising attraction, and from the vantage point of the church’s dome, is one of the finest panoramic views of Portugal.
Viana do Castelo is situated in a region of outstanding natural beauty; it is close to wild beaches, surrounded by lush forested hills and is on the banks of the slow-flowing Lima River.

Portugal is famed for its beautiful beaches, and along the 1,794 km of coastline are found some of Europe’s finest beaches. These beaches are as diverse and varied as Portugal

The weather in Portugal varies according to the regions, and, of course, the seasons. The south enjoys the most sunshine and least amount of rainfall, although the whole of Portugal has its fair share of sunny days.

Viana do Castelo : A fascinating destination 10 best beaches in Portugal Weather in Portugal